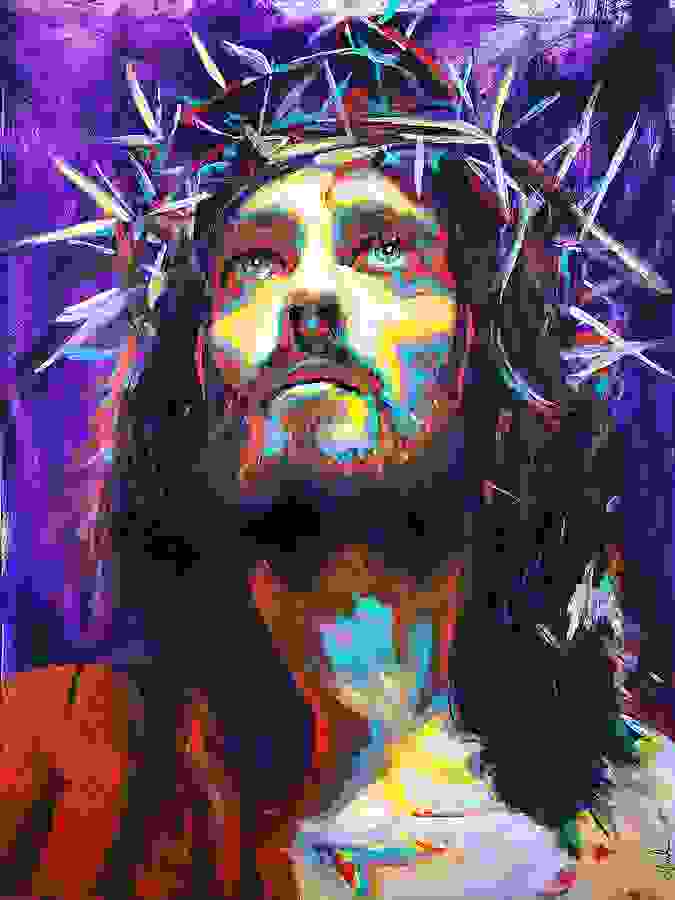 "And beginning with Moses and all the Prophets, he explained to them what was said in all the Scriptures concerning himself." (Luke 24:27)

That verse is the inspiration for this section.  Beginning with the books Moses wrote and continuing through the Old Testament Prophets, beginning to end it testifies of Jesus.  So much of the sacrificial system, the Tabernacle and later the Temple, and the Jewish Holy Days also point to His atoning work and help us understand the why of His Death.  They also confirm that Jesus is the one and only person who could be the Messiah, because He is the only one who fulfills every prophecy.  Check out over 200 prophecies in Matthew and the Messianic prophecies Bible Study that seeks to look at every prophecy about the Messiah.

The Biggest Story by Kevin DeYoung

It didn't matter which ones God sent or how many, the people never listened.  Not for very long, anyway.

And so one day it happened:  God stopped sending prophets.

No more warnings.  No more direction.  No more word from the Lord.  Only silence--for four hundred years.

God had sent prophets, priests, and kings.  He started out with Adam and started over with Noah.  He chose Abraham, Isaac, and Jacob.  He gave Moses the Law.  He sent Israel judges.  He raised up deliverers.  He conquered enemies.  He provided sacrifices.  He lived among his people in a tent and a temple.

God gave them every opportunity and ten thousand chances, but still sin and the serpent seemed to be winning.

Until...all of a sudden, they lost.

After all these downs--and not too many ups--we come to a manger in the little town of Bethlehem.  This is where we meet the new Adam, the child of Abraham, the Son of David.  It's with the stinky shepherds and the singing angels where we see the real Deliverer, the real Judge, the real Conqueror.

No one understood it completely at the time, but when Mary pushed out that baby, God pushed into the world the long-expected Prophet, Priest, and King.

Then I said, "Here I am, I have come — it is written about me in the scroll.

10 Kingdom of God is Near

13 He is Risen Indeed

Seed of the Woman

I thought I’d do something on the Messianic prophecies. I soon discovered, however, that they are way too numerous (222 unique prophecies) to all fit in a couple pages. But, I was inspired by the very first one, Gen. 3:15. It speaks of the “seed of the woman” who would come to crush the serpent’s head, which He did according to Heb. 2:14, “Since the children have flesh and blood, he too shared in their humanity so that by his death he might destroy him who holds the power of death-that is, the devil.” It also speaks of the serpent striking His heel, which he did when Jesus’ feet were pierced by the nail at His crucifixion.

A couple things I noticed. First, the Messiah wasn’t an afterthought, or a Plan B for when the Old Testament sacrificial system failed. God already had a plan in place for when (not if) Adam and Eve would sin. “He was chosen before the creation of the world, but was revealed in these last times for your sake” (1 Pet. 1:20; see also Rev. 13:8).

Second, the Messiah would be the seed of the woman, meaning first, that He would be human, not an angel, “For since death came through a man, the resurrection of the dead comes also through a man. For as in Adam all die, so in Christ all will be made alive” (1 Cor. 15:21-22) and “to which of the angels did God ever say, ‘You are my Son; today I have become your Father’?” (Heb. 1:5). Nor would He be an animal, for as the Scriptures state, “it is impossible for the blood of bulls and goats to take away sin” (Heb. 10:4).

Also, as we learn in Isaiah 7:14, the Messiah would be born of a virgin—thus the seed of woman and not the seed of man. “The LORD will create a new thing on earth — a woman will surround a man.” (Jer. 31:22)—it was a fresh act of creation when the Holy Spirit conceived Jesus in the womb of a virgin—he was actually made of a woman (Gal. 4:4).

Did you ever wonder why God put not 1 but 2 genealogies for Jesus in the Bible? Did you know they are different? They diverge at David. Matthew’s (Mt. 1:1-17) follows the royal line through Solomon to Jeconiah to Joseph—Jesus’ adoptive father, but not His biological father. It establishes His legal right to sit on the throne of David as Joseph’s adopted son. Luke’s genealogy (Lk. 3:23-37) is that of Mary starting with her nearest male relative, her father Heli,[1]and going back to David through his son Nathan.  This confirms that God kept His promises to all the patriarchs that one of their physical descendants would be the promised Messiah, while also maintaining His judgment on Jeconiah.

Another important thing to note about those boring genealogies, did you know that since the destruction of the Temple in A.D. 70, no Jew can trace their ancestry back to David or any of the other patriarchs because the genealogical records were destroyed then too? Or, that in the 40 years between Jesus’ death and resurrection and the destruction of those records, there was not one person who disputed Jesus’ ancestry despite all the persecution of Christianity among the Jews? This means that no one else can make the claims of Jesus to fulfill all the prophecies regarding His physical descent—no one did before He came, and no one can since then either.[2]

[1]The way Luke worded this in Greek, indicates that Joseph was not the physical son of Heli, but his son-in-law. This follows the Hebrew custom of only tracing genealogies through the male line and substituting a husband’s name for that of his wife if tracing the genealogy through her.

[2] It is a satisfaction to know that not a doubt was thrown out by the bitterest of the early enemies of Charity as to our Lord's real descent from David. On comparing the two genealogies, it will be observed that Matthew, writing more immediately for Jews, deemed it enough to show that the Saviour was sprung from Abraham and David; whereas Luke, writing more immediately for Gentiles, traces the descent back to Adam, the parent stock of the whole human family, thus showing Him to be the promised "Seed of the woman."

Immanuel, God with Us

There is one more person whom the Old Testament prophesies will be part of the Messiah’s lineage—God. We’ve already touched on Isaiah 7:14 regarding the virgin birth, but the other half of that prophecy was that the son she bore would be called “Immanuel, which means ‘God with us’” (Mt. 1:23). We hear it so often at Christmas; we tend to gloss over its true significance. Lest anyone be tempted to think the reference is just to the Holy Spirit being on Him, Isaiah 9:6 clarifies by saying, “For to us a child is born, to us a son is given . . . And he will be called . . . Mighty God, Everlasting Father.” And Micah 5:2, the familiar prophecy which tells us the place of His birth also points out His eternal nature, “But you, Bethlehem Ephrathah . . . out of you will come for me one who will be ruler over Israel, whose origins are from of old, from ancient times.” Jesus wasn’t merely human; He was also God in the flesh and it’s been prophesied all along that it would be so.

I hope you found this short description of a few of the Messianic prophecies interesting and an encouragement to your faith. “You know with all your heart and soul that not one of the good promises of the LORD your God has failed. Every promise has been fulfilled. Not one has failed” (Josh. 23:14).

[1]The genealogy concludes with this, who was the son of Adam, the Son of God.

(1.) Some refer it to Adam; he was in a peculiar manner the Son of God, being, more immediately than any of his offspring, the offspring of God by creation.

(2.) Others refer it to Christ, and so make the last words of this genealogy to denote his divine and human nature. He was both the Son of Adam and the Son of God that he might be a proper Mediator between God and the sons of Adam, and might bring the sons of Adam to be, through him, the sons of God.

[2] “I AM” this was the Name God gave Himself at the burning bush (Ex. 3:14). When Jesus used that terminology to refer to Himself He was clearly claiming to be God.

[3] As in his human nature he was not yet 50 years old, and could not, as a man, have existed before Abraham, this declaration must be referred to another nature; and the passage proves that, while he was a man, he was also endowed with another nature existing before Abraham, and to which he applied the term (familiar to the Jews as expressive of the existence of God) I AM ; and this declaration corresponds to the affirmation of John (Jn 1:1), that he was in the beginning with God, and was God. This affirmation of Jesus is one of the proofs on which John relies to prove that he was the Messiah (Jn 20:31), to establish which was the design of writing this book.